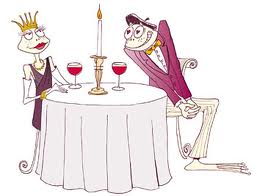 Finding quality cheap wine from France is not as easy as it used to be. The weak dollar is the main reason, but a change in focus for French producers, who price wine to sell to the Chinese because they can’t think of anything else to do, hasn’t helped, either.

Save for exceptions like the Lurton family’s Chateau Bonnet or my beloved Gascony, most cheap French wine knocks off $10 California wine; is junk foisted on U.S. consumers because we’re too American to know better; or is the same as it has been for years, like La Vielle Ferme — OK, but nothing more.

That’s why the Wine Curmudgeon was so excited by the recent Arrogant Frog Twitter tasting, where a dozen wine writers sampled four $10 French wines from the Languedoc in southern France and tweeted with winemaker Jean-Claude Mas. The good news is that the wines — a sauvignon blanc, chardonnay, pinot noir, and red blend — offer tremendous value for $10. If they’re not quite French enough in style for me (I would have liked more grip), they’re still well made and well worth buying.

Mas was candid and well-spoken: “You must convince people to buy your wine by being consistent. It’s easy to make great wine one year. Try doing it for 30 years.” Plus, he avoided winespeak, something that rarely happens at these things, and there was nary a mention of brix or canopy management.

A few thoughts about the wines after the jump:

? Arrogant Frog Sauvignon Blanc 2013 ($10, sample, 12.5%): How can the Wine Curmudgeon not appreciate a quality cheap wine with just 12 1/2 percent alcohol? Mas said the low alcohol was crucial to the wine’s quality; if it was any higher, the wine wouldn’t taste as fresh. Look for California-style grassiness in the front, a tropical middle, and a very crisp back. It’s not easy making sauvignon blanc in a region as warm as the Languedoc, but Mas has succeeded admirably.

? Arrogant Frog Chardonnay 2013 ($10, sample, 13.5%): The most intriguing wine, and not just because it had 15 percent viognier. At first, it tasted very California, and I was reminded of Bogle’s chardonnay. But after the bottle had been open, it had an almost mineral, Chablis-like quality. In all, a rich mouth feel, with bright lemony fruit and enough oak so you’ll know it’s there.

? Arrogant Frog Pinot Noir 2013 ($10, sample, 13.5%): It’s almost impossible to find $10 pinot noir that tastes like pinot noir, and even the best, like Cono Sur, have a fruity, Beaujolais character. This, on the other hand, may be the best $10 pinot I’ve ever had — not much red fruit, restrained tannins, and spice. And, believe it or not, the earthy note found in expensive pinot. The catch is that the wine needs to open up, and was better the second day. In this, it may be the first $10 wine I’d decant. Highly recommended, and a candidate for the $10 Hall of Fame.

? Arrogant Frog Cabernet Merlot 2013 2013 ($10, sample, 13.5%): The softest, most New World in style of the four wines, though still enjoyable. Look for ripe (but not sweet) black fruit, more well done tannins, and oak similar to the chardonnay.

Finally, an apology to Mas: I made a Monty Python joke during the tasting, based on the winery’s name and that would be familiar to anyone who has seen “Monty Python and the Holy Grail.” As in, “Ah’m French! Why do you think I have this outrageous accent, you silly king?” Unfortunately, he wasn’t familiar with the movie, and I may have embarrassed him.