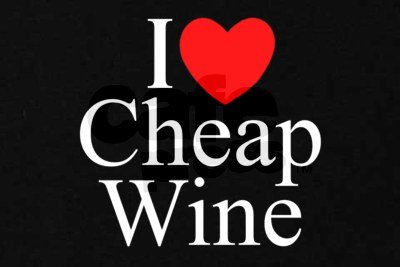 One of the handful of real values left in wine is Chianti, the red wine made with sangiovese from the Chianti region of Tuscany in Italy. Why are cheap Chiantis so common? Maybe because there is so much in Chianti in the world, or that it’s not popular with wine drinkers who are not of a certain age, or because the Italians just do it that way.

Regardless, these five cheap Chiantis – four cost $8 or less – are varietally correct, with sour cherry fruit and that certain tartness that identifies the wine as Italian, and they offer as much value as other red wines costing twice as much. Plus, they’re low in alcohol, which makes them an ideal red wine as the weather warms and spring turns into summer.

Pair these with any food remotely associated with red sauce or sausage, as well as almost anything grilled outdoors, including chicken, and the odd meatloaf or hamburger. And I speak from personal experience – these wines have more than once rescued an evening where circumstances forced me to eat corporate takeout pizza.

• Melini Borghi d’Elsa ($7, purchased, 13%). Look for berry fruit, more black than red, clean and fresh, and just enough character — some tannins and earthiness — to let you know this is wine from Italy. It’s a simple wine, but as I have noted before, simple does not have to mean stupid.

• Benedetto Chianti ($5, purchased, 12.5%) from Aldi tastes like Chianti — not “this Chianti is so good it made me cry” Chianti, but “this Chianti is better than I thought it was going to be” Chianti, which is never a bad thing for $5. It’s simple and juicy, with a touch of cherry fruit, and softer than most of the rest of the wines in this post.

• Straccali Chianti ($8, purchased, 12%) may be the best cheap Chianti of the bunch, with more depth than the Melini, some earthiness, black pepper, and grip that’s rare in an $8 wine. Plus, the sour cherry and tart acidity are spot on, making this wine almost certain to return to the $10 Hall of Fame in 2017.

• Caposaldi Chianti ($10, purchased, 12.5%) is dark, earthy, funky, and full of delicious sour cherry fruit, yet it isn’t too heavy or too harsh in that old-fashioned and not missed way that made so many of the Italian wines of my youth undrinkable. Almost as well done as the Straccali,

• Placido Chianti ($8, purchased, 12.5%) is very, very simple, but still tastes like Chianti, a winemaking approach that California gave up on years ago in favor of lots and lots of sweet fruit regardless of what the wine should taste like. The Placido doesn’t insult the drinker, and if you’re stuck on the road late at night with one of those sodium- and gimmick-laden corporate pizzas, you’re in luck with this wine.

One thought on “Five cheap Chiantis”