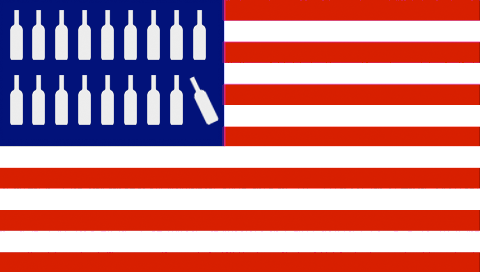 Once more, evidence that local wine has become part of the wine mainstream — and a good thing, too

The last proper Drink Local Wine week was in October 2013; the organization went into hiatus the next spring. So what did my Drink Local cohort Dave McIntyre discover a couple of weeks ago?

“Someone just brought it to my attention that people still observe ‘Drink Local Wine Week,’ ” he wrote in an email. Google ‘drink local wine week 2017,’ and you’ll find a bunch of references. Go figure.”

So I did, and he was right – any number of listings on the first Google search page, an impressive performance for something that hasn’t been observed officially in four years. When Vinepair and Wine Folly mention your event, you’ve made the big time.

In this, regional wine has mostly become an accepted part of the wine landscape. In the dozen or so biggest regional wine states, the wines are on retail shelves – even grocery stores – and are represented by national distributors. In Texas, the Central Market supermarket chain is offering 20 percent off local wines for Texas wine month; yes, I bought a six-pack. This sort of thing was unheard of when we started Drink Local almost a decade ago. Most retailers and distributors treated local wine as if it was poisoned.

So, as Dave says, go figure: How did we do this?

• Publicity, publicity, and then publicity. The five Drink Local conferences, starting in 2009, made a tremendous difference in letting the world know local wine was a real thing that was worth learning about. Plus, they were a lot of fun.

• Tying local wine into the local food movement. This might have been our biggest accomplishment, since locavores don’t see wine as local in the way they see beer, spirits, and tomatoes. And too many, sadly, are horrible wine snobs who believe in points, Parker, and that all local wine is sweet and gross. But in Austin, for example, there is a local wine and food week featuring Devon Broglie, one of the country’s leading wine experts.

• Our friends at Google. We’ll take all the help we can get, even if it comes from the notorious Google search algorithm that figures hits are more important than whether something actually exists. And Drink Local has almost 10 years of hits on the Internet.

I found the announcement for the first Drink Local Wine Week in the blog’s archives – we’ve come a very long way in making local wine respectable since then, haven’t we?.

3 thoughts on “Drink Local Wine Week: Who knew it would outlast the organization?”