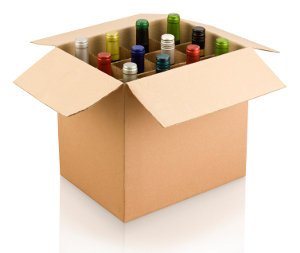 Just when it looked like it might be getting easier to buy wine through the Internet, either from retailers or a winery, we got the not unexpected backlash from the people who don’t want to make it easier: the distributors.

“The distributors conceded the battle against the wineries, but they doesn’t mean they’re conceding anything else,” says Jeff Carroll, who has helped companies comply with direct shipping rules and regulations for more than a decade – and knows as much about this stuff as almost anyone I’ve met, including attorneys who work with the subject.

The winery concession he mentions came in the 2005 Supreme Court Granholm decision, which made it possible for wineries to ship to customers in another state. Since then, says Carroll, despite several favorable court rulings and even a few states taking a second look at direct shipping – and especially to allow us to legally buy wine from retailers in a different state – very little has changed.

That’s because the distributors – the legally mandated second-tier in the three-tier system – want to keep what they have, says Carroll. And why not? It’s a constitutionality protected monopoly that forbids almost all direct shipping from another state. The only exception is for wineries, who are allowed to ship to some states depending on where you live.

Their aim is two-fold: First, to more strictly enforce existing direct shipping laws by pressuring the states and UPS and FedEx to crack down on illegal shipments. That means, for example, that your state liquor cops may be asking the two delivery services for customer lists to see if you ordered wine from an out-of-state retailer, which you may not be allowed to do depending on where you live. In addition, a variety of states are being more exacting in the complex paperwork required for direct shipment. If the winery misses dotting an i or crossing a t, it could face fines or penalties.

Second, the distributors, through their trade group, have invested in Drizly, the on-line delivery service. The goal is to allow Drizly to fill orders using distributor inventory, and where the local retailer is the conduit for the product and the delivery. It’s actually a clever idea, which uses the three-tier system to help Drizly offer more products to deliver; limited selection has been one of its problems. Theoretically, it could deliver any wine in the world that has a local distributor.