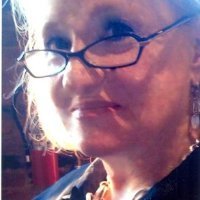 The next Dallas Morning News wine competition will see many changes — new name, new people in charge, new format. But the biggest change will be that I won’t drive Diane Teitelbaum to the judging.

Diane died this morning, and there is no way to express how much she will be missed. I might still be an ex-sportswriter looking for something to freelance about if not for Diane, and I’m not the only person she helped. She was a force in the wine business — not just in Dallas, but internationally — for some 40 years, whether as critic, judge, consultant, buyer, confidant, and retailer. She answered questions, offered advice, and listened to complaints, and always with an open mind and a keen intelligence.

She was a professional, and I know of no higher compliment. She cared about wine, and she cared about helping others love wine as much as she did; that’s a much rarer quality than it should be. Drinking wine with Diane was both a treat and a revelation. Her palate was impeccable, and not just because she could taste something I couldn’t. It’s because she understood how the wine fit together, and she could explain it so that something that was usually lost in winespeak and gobbledygook made perfect sense.

I tasted 26 pinot noirs with Diane two summers ago for a freelance story. In the process, I got a history lesson about red Burgundy, pinot noir from France; details about how the wine import business worked; and insights into how pinot noir had changed over the last couple of decades. All of that was wonderful, but the best part was that she helped me figure out the wines in a way I never would have by myself. Her patience for those $10 pinots, most of which were very ordinary, was remarkable, as was her sense of humor as we slogged from wine to wine. I wrote a better story because of her, and I’m a better wine writer because of her. I’ll never be able to thank her for that.

The other thing to know about Diane is that she always spoke her mind. When you were right, she told you so. When you were wrong, she told you so, and many of us over the years were forced to listen, often sheepishly, as Diane explained how we had screwed something up. I never resented this, because I appreciated her honesty. Diane was a woman in the wine business when there weren’t many, and she would not have done all that she did if she had not stood up for herself.

And why did I drive Diane to the Morning News competition? Because she was famous worldwide for her inability to get anywhere on time. We both knew that if I didn’t pick her up (“and tell her you’ll be there 15 minutes before you will be,” everyone who knew her always said), there was a 50-50 chance she might not make it at all. Which would be a damn shame, because judging with Diane made every competition that much better.