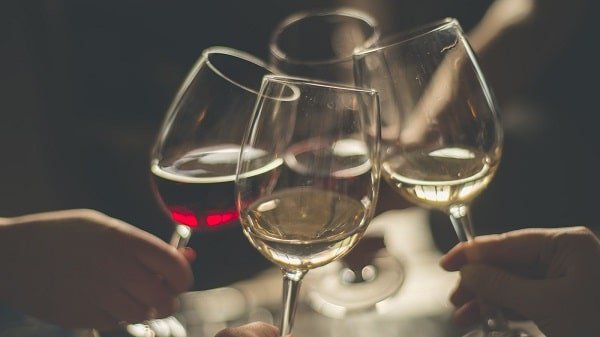 Craft wine shouldn’t be about the size of the winery, but about the quality of its products. Otherwise, what’s the point?

The news that a group in Oregon has started a craft wine association raises a question that has been discussed in wine for years: Does craft wine exist? Is it even possible?

The Craft Wine Association thinks so, and has established strict requirements for craft wine based on the size of the winery. But is that enough? Or is craft wine more complicated than that? Or is it a good idea but one with little relationship to reality?

There’s no doubt that the word craft makes consumers turn somersaults, as the craft beer business has demonstrated. But that doesn’t necessarily mean craft is a legitimate term; witness how many members of the craft brewers association are billion dollar companies that make millions of bottles of beer. Or the many lawsuits filed against craft distillers whose business model – buying their product from a corporate distiller – isn’t very crafty.

In fact, as noted here before, the word craft and its derivatives, like hand-crafted and artisan, have little meaning in terms of wine production. For one thing, no one one has yet invented a machine that can make wine. For another, despite the welter of laws regulating wine, beer, and spirits in the U.S., there aren’t any that define the term craft and its derivatives.

In other words, a form of greenwashing, where a company makes claims for its products that make it sound wonderful and natural – and which is perfectly legal – but where the claims are disingenuous at best. And why not? Do we expect Big Wine, Big Beer, Big Spirits, and their retailers to tell us just how corporate their production practices really are? How much inventory would that move?

Hence attempts by groups like the Craft Wine Association to remedy the problem. The catch, though, is that size isn’t the issue. Quality is. Bigger does not necessarily mean worse or more evil, and smaller does not always translate into manna from heaven. According to the Craft Wine Association’s size rules, Ridge – perhaps the best quality producer in the country – isn’t eligible to join. And neither is Randall Grahm’s Bonny Doon, which is about as crafty as a U.S. winery gets. Both are much too big, even though they aren’t big at all compared to Big Wine.

On the other hand, almost every tiny regional producer that has ever made me gag – and there have been hundreds – can join. How will that solve anything?

The point here is not to flambé the craft wine group for trying to do the right thing. Rather, it’s to point out that the doing the right thing is more difficult than it seems. Tom Wark wrote a couple of years ago that there may not be a way to “describe a small, hands-on, privately owned, high-quality oriented winery.” And I don’t know that anything has changed since then, despite everyone’s best intentions.

The catch – and I find myself writing this more and more these days – is that the wine business, big and small, has sold itself for years as wonderful and natural, and that most consumers buy into that. Factory farms are for pigs and chickens, not wine. There is still a sense, even among sophisticated wine drinkers, that winemaking remains a solitary effort – the winemaker in the barrel room, swishing wine in the glass, a studied look on his or her face. That most of the wine we drink is made in industrial plants to specific formulas isn’t how we understand wine. And until that changes, nothing else will.

2 thoughts on “Craft wine: Does it exist? Can it exist?”