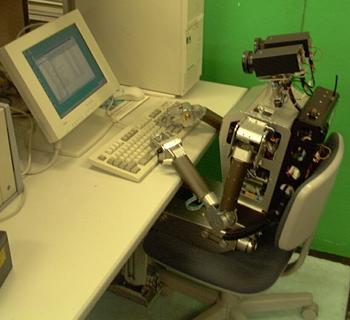 How am I supposed to know if there’s too much oak?

Could artificial intelligence make writers obsolete? Because I’m not the only one who wonders. Barbara Ehrenreich, writing in the New York Times, firmly believes that “the business of book reviewing could itself be automated and possibly improved by computers.”

So why not wine writing — computer-generated wine reviews?

This would solve any number of problems, not the least of which is that winemakers wouldn’t have to deal with people like me. I had a brief email discussion recently with an annoyed producer who insisted that her wines didn’t taste the way I described them; she certainly would have been better off with WineNet than what Ehrenreich calls a “wet, carbon-based thinking apparatus” with self-awareness and a sense of obligation to its readers.


The last time I wrote about this, a company called Narrative Science had made significant inroads in taking disparate facts and turning them into a readable narrative. Unfortunately, it seems to have veered elsewhere, developing a product that “creates new revenue opportunities by transforming data into engaging content that can be productized and monetized.” This approach has little to do with writing, since there is money involved.

Still, much work has been done. TechCrunch reported last month that robot writers are all the rage in Silicon Valley, while a data scientist named Tony Fischetti has written that Markov chains can be used to simulate what he calls the “exercise in pretentiousness” that is a wine review. The concept of a Markov chain, which deals with probability, is far beyond my math skills, but Fischetti used 9,000 reviews from the Wine Spectator to write a program that came up with tasting notes that are no worse than most, including: “Quite rich, but stopping short of opulent, this white sports peach and apricot, yet a little in finesse” and “this stylish Australian Cabernet is dark, deep and complex, ending with a polished mouthful of spicy fruit and plenty of personality.”

Meanwhile, a wine producer in France, using N-Gram analysis (also beyond my math skills, but apparently related to word order) also thinks it’s possible to generate wine reviews without a wine writer. Both approaches seem to jive with what I wrote last time, that an artificial intelligence, working with a wine term database and the proper algorithm, could scrape together effective reviews. Probably even scores, too.

I just hope, if and when this puts me out of business, that someone will remember that I saw it coming. Maybe I can monetize the blog that way.

One thought on “Let the computer write the wine reviews”