This is the first of two parts looking at wine prices and consumption this year, and how they will affect those of us who drink cheap wine. Part II, which with my take on the situation, is here.

It isn ?t very surprising, given the economic doom and gloom around us, that wine prices and consumption will shrink this year. What is surprising is that most of the people I talked to don ?t expect wine to suffer as badly as housing, the stock market or any of the other parts of the economy that have collapsed since last summer.

Their thoughts: First, that we ?ll will drink less expensive wine, but not appreciably less expensive. This is what the business calls trading down. Second, consumption probably won ?t decrease, although sales might ? since we ?re drinking less expensive wine. Third, prices for imported wine, and especially French wine, will decrease slightly, and we should see that by the second half of the year. Fourth, there will be a shakeout among producers, mostly but not limited to Australia and California. Low-end wineries will go out of business Down Under, while we ?ll see California wineries making $35 and up wine close.

In this, so far, the numbers bear out their predictions. The Wine Market Council, an industry trade group, says sales gained 1.5 percent in 2008, compared to an earlier projection of 2.1 percent. Not bad, certainly, but is it the entire picture? Maybe, maybe not.

?There is not going to be a huge drop in consumption, ? says Robert Smiley, professor and director of wine studies in the UC Davis Graduate School of Management, who probably knows as much about this stuff as anyone. ?I think the $12 and up category is going to hurt a little more, because people are going to trade down and they ?re going to eat out less. But unless the economy really goes into a tailspin, there won ?t be a big drop. ?

The first casualty will be wine around $15, which has been the fastest growing price category over the past several years. We ?re already seeing anecdotal evidence of this, as my pal Alfonso Cevola has noted: ?They wanted to send palate after palate of overpriced wine into already bulging warehouses. As if they have been taking a siesta these last six months and think things are just as they have been. Business as usual. What a rude awakening they are in for. ?

The key for producers, says Bill Terlato, the president and CEO of Terlato Wine Group and Terlato Wines International, is not to panic. He says some cult wines, which never had a reason to exist other to get high scores, will disappear. They ?ll be victims of consumers trading down and their own finances, which were based on getting $100 a bottle for their product.

Terlato says he is already seeing some high-end producers dumping their product to generate cash. And some analysts are warning high-end producers and growers to prepare for up to 18 months of bad times, with fewer lenders lenders willing to finance cult efforts.

Two other points for those of us who care about cheap wine: First, Terlato says we will see better prices for imports, and especially French wine, later this year. It will take about six months to work through the inventory that was bought with weaker dollars. Second, Smiley says to expect dull, unimaginative wine lists as long as the recession lasts. Restaurateurs, facing a cutback in wine consumption and traffic, will stick with wines they know people will buy and won ?t take any chances.

Part II: Is this all, or will there be more serious ramifications?

A big-deal wine guy has come up with a new system to pair food and wine, based on the theory that the old way of doing things is kind of silly.

The Wine Curmudgeon doesn ?t necessarily disagree with this. When I do wine classes, the first thing I say is that there is only one wine rule anymore: Drink what you like, but be willing to try different kinds of wine. If you want to drink white zinfandel with prime rib or Napa cabernet sauvignon with Dover sole, go ahead. That ?s not what I would do, but you ?re not me.

In fact, this seems to be a trend gathering momentum in the wine world. The great Jacques Pepin long ago gave up pairing wine and food, and radio wine guru Scott Carpenter, who has interviewed the Wine Curmudgeon, has embraced it as well.

END_OF_DOCUMENT_TOKEN_TO_BE_REPLACED

This is the first of two parts discussing dessert wines ? ports, sherries, sauternes, ice wine and the rest. Part II, which will offer dessert wine suggestions, is here.

The Wine Curmudgeon has a deep, dark guilty secret (and, no, it ?s not Yellow Tail). It ?s dessert wine ? sweet, rich, luscious, and often pricey dessert wine.

In those respects, it is frequently everything that drives me crazy about the wine business. But dessert wine almost always gets the benefit of my doubt, because it is that much fun to drink. Pour a glass after a dinner, sniff it, swirl it around in the glass, and sip it. More often than not, it caps off the evening without recourse to over-chocolated desserts, the current chef-fusion-fruit concoction or whatever form of cheesecake is making the rounds.

It ?s not necessarily a holiday wine, but it does pair well with this time of year.

END_OF_DOCUMENT_TOKEN_TO_BE_REPLACED 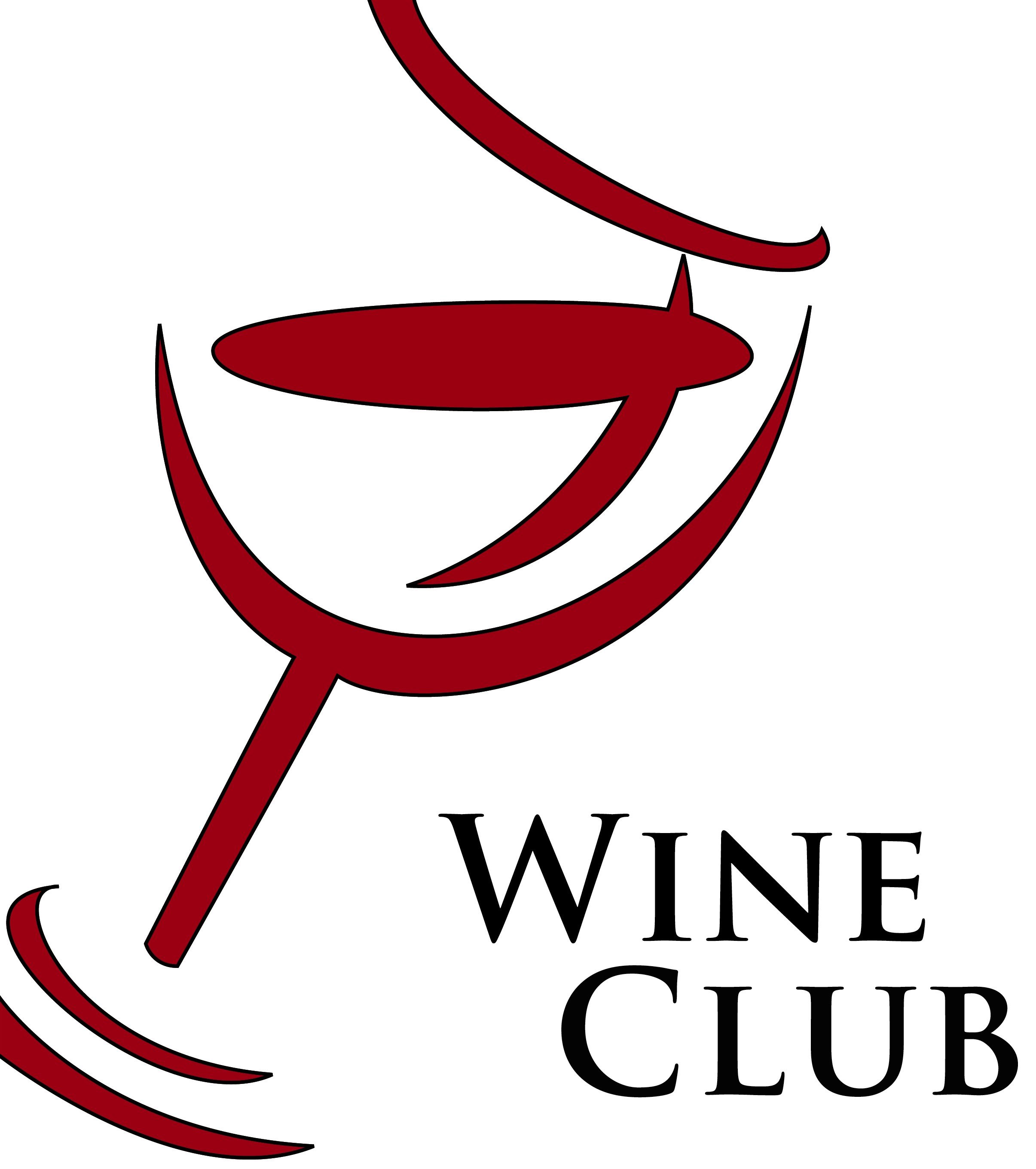 At any given moment, the Wine Curmudgeon has a half a dozen pamphlets, mailings, and circulars sitting on his desk, all promising to send wines of great quality and fine value directly to my door every month. And practically for free! In addition, I get similar offers that arrive all the time via email from web retailers, wineries, and on-line shippers.

Is there anything to all hoopla? Perhaps — as long as you know what you ?re getting into.

END_OF_DOCUMENT_TOKEN_TO_BE_REPLACED

? Wine score uproar:  Steve Heimoff, a major U.S. wine writer, has lashed out at those of us who don ?t like scores. ?Just once, I ?d like to meet someone who bashes wine magazines and doesn ?t seem to have an ulterior motive ? making money. Hasn ?t happened yet. ? Mr. Heimoff, give me a call. I ?ll be happy to introduce myself and explain why scores are the wrong way to review wine. And no, I don ?t make any money by saying that. In fact, it probably costs me money. But no one ever accused the Wine Curmudgeon of being a good businessman.

? Beaujolais nouveau: The 2008 edition will be released on Nov. 20 (that ?s a week from tomorrow), and I ?ll have a review here on Nov. 21 (no scores, of course). I don ?t have high hopes for this vintage, mostly because the past several have been quite ordinary. But, as I always tell my wine students, drink the wine before you criticize it. It generally works better that way.

? More red wine? We likely drank more red wine than white in 2008, the first time that has happened in 32 years, according to a study from Impact Databank, which tracks wine sales. Among the projected big sellers? Pinot noir, expected to advance 12 percent; chardonnay, which should remain the most popular white wine; pinot grigio, which should increase 7 percent; and sauvignon blanc and riesling, where imports will rise at double-digit rates. The study attributes this change to two things ? the decline in sweet pink wine sales and red wine ?s supposed health benefits.

Restaurants get a lot of criticism from the Wine Curmudgeon ?- poorly executed wine lists, crummy service, and armed robbery prices.

But that doesn ?t mean they aren ?t trying to do better. In the past couple of weeks, I did a couple of functions with representatives of two important U.S. restaurant chains. At each, I said I wanted to write about what they thought about wine and the problems that many restaurants have, and promised them anonymity. They agreed. What they told me was quite encouraging.

END_OF_DOCUMENT_TOKEN_TO_BE_REPLACED

? David Lett dies: Lett, the father of the Oregon wine business, died last week at the age of 69. He was always a treat to interview, and the fact that he did for Oregon what Robert Mondavi did for California never seemed to impress him very much. Equally as important, he was always trying to figure out how to make his wine better.

? Regional wine week: We had a great time with DrinkLocalWine.com, and had some terrific visitor numbers. They surprised us, actually. My colleague in regional wine, Dave McIntyre, and I will probably keep the site going, adding several features over the next couple of months. We ?re always welcome to suggestions, as well. You can leave them in the comments here.

? Wine speculators taking hit: The global credit meltdown  may have put a damper on wine speculation. Private collectors, forced to raise cash, are trying to sell $10 million worth of wine to Vinfolio, a San Francisco-based company that buys and sells wine online. Normally the company has about $6 million offered to it. Among the rare vintages for sale are a 2003 Margaux and a 1990 Romanee-Conti.