The wine world is full of people who know exactly what they ?re talking about, even when they don ?t. My pal John Bratcher loves to tell the story about the guy at a wine tasting who said in no uncertain terms that blended wines were inferior to varietal wines (those made with just one grape, like chardonnay or merlot, instead of more than one grape). John then mentioned that all of the great French red wines were blends; how did that fit into the man ?s world view?

So the next time you ?re buying wine, don ?t be afraid to be skeptical. Taste is in the palate of the beholder, but there are objective truths about wine and the wine business. After the jump, five of the most annoying facts that really aren ?t:

END_OF_DOCUMENT_TOKEN_TO_BE_REPLACED

Pretty pictures notwithstanding, wine glasses affect the taste of wine.

This may seem like a silly topic for a post. How are we supposed to drink wine unless we use a glass? Would that it were that simple. The concept of wine glasses can be as complicated as wine itself; how else to explain something like Riedel's $139 sommelier black glass?

The trick, then, is to approach glasses with the same skeptical eye that we approach wine with. Do you need a decent wine glass to get the most out of wine, even if you're drinking $10 bottles? Yep. Do you need to go overboard and spend hundreds of dollars on a glass? Probably not.

After the jump, a few thoughts on buying and using wine glasses:

END_OF_DOCUMENT_TOKEN_TO_BE_REPLACED What do Americans call the kind of wine that they drink every day? Oh, that’s right — we don’t drink wine every day.

There is a term for it — vin ordinaire, a French expression that means cheap wine for everyday use. Or, ordinary wine, as opposed to fine wine from Bordeaux and Burgundy, which is traditionally reserved for special occasions.

The term vin ordinaire has its roots in the French wine classification system. Each French wine region grades the quality of its wines, and wine that isn’t from one specific region is labled Vin de Table. Many European countries have a similar classification, and one of the goals of the on-going European Union plan to reform the continent’s wine laws is to make this more consistent across the various countries. In this, the Vin de Table wines are being replaced by wines labeled Vin de Pays or IGP.

But the intent is the same — to produce quality wines meant for everyday drinking. That we have never mastered this concept is not new. The pioneering wine writer Frank Schoonmaker, writing for Gourmet magazine in 1947, complained that:

Update the prices to the 21st century, and that rant sounds like something the Wine Curmudgeon would write, no?

The irony in all this is that wine producers here and elsewhere are making lots and lots of vin ordinaire. They just don’t want us to think of it as that. Save for a handful of brands like House Wine, which boast of their vin ordinaire-ness, most vin ordinaire goes out of its way to deny its birthright. YellowTail, which once seemed to embrace the role, has apparently changed its mind, with a “reserve” level and a TV ad campaign that makes it seem far from ordinary. Even Two-buck Chuck, about as vin ordinaire as it gets, boasts that its quality is comparable to wines that cost 10 or 20 times as much.

These producers are missing the point that Schoonmaker so well understood (and the entire article, though lengthy, is well worth reading). There is a market for vin ordinaire as vin ordinaire, but it assumes that U.S. winemakers want Americans to drink wine every day. Which, as regular visitors here know, I’ve always doubted.

Wrote Schoonmaker: “A great bottle of wine, in a well-ordered house, has its quiet and respected place in the cellar, and its last mile to the execution block on the dining room table is as hedged round with etiquette and ceremony as a Spanish bull-fight. A vin ordinaire, on the other hand, is a friendly and familiar little job, and the less etiquette the better.”

The Wine Curmudgeon couldn’t have said it better.

When is a wine made by a winery in your state not from your state? More often than you think.

This is the great conundrum of the regional wine business. The best way for local wineries to market their product is to proclaim its local-ness. But, given the way the wine business works, their wine may not be made with local grapes, but with grapes or juice imported from California or even Europe. Confused? It gets worse. Federal law allows wineries to be appropriately vague about whether the wine is made with local grapes.

All in all, regional wine labeling is a maze that consumers (many of whom are baffled by wine labels to begin with) don’t know they have to negotiate. After the jump — how labeling laws work, what to look for on a regional wine label, and why so many wineries take advantage of this gray area.

END_OF_DOCUMENT_TOKEN_TO_BE_REPLACED 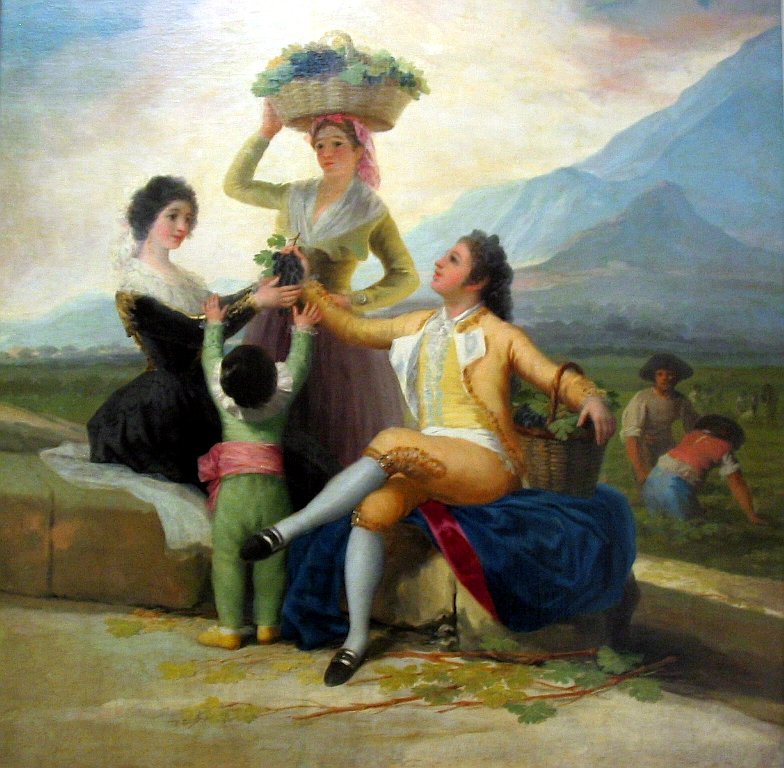 The most controversial term in wine is terroir. A sizeable portion of the wine world — half, perhaps? — says it doesn’t exist, and that even if it does, it’s irrelevant. The rest of us believe truly and deeply in terroir and consider it the key to what makes wine so special. But even we terroirists can’t agree on just exactly what terroir is.

That’s the reason I’ve waited 3 1/2 years to write this post. I wanted to make sure I got it exactly right. More, after the jump:

END_OF_DOCUMENT_TOKEN_TO_BE_REPLACED

Not much, if a report from the United Kingdom's Wine Intelligence consultancy is to be believed. The catch? The man whose company did the report said the results may be flawed.

Wine Intelligence reported at the end of January that independent bloggers are one of the least trusted wine information sources in the United Kingdom, United States, and France. Its study found that only one in five regular wine drinkers in the U.K. trust what independent bloggers say about a wine, compared with more than 50 percent who trust their wine merchant. In the U.S., the numbers were 20 percent and 80 percent, while only 10 percent of the French trusted bloggers.

Which would seem to point out that this wine blogging thing is a waste of time. But Richard Halstead, Wine Intelligence's chief operating officer, told Harpers Wine & Spirit that the study's methodology had some problems. Which didn't seem to placate wine bloggers here or in Europe, who have spent the past couple of weeks using the cyber-ether to take Wine Intelligence to task, with many high-profile wine blogs on both sides of the Atlantic discrediting the report.

Yet the report, once one gets past the headlines, did offer some insight. What that was, after the jump:

END_OF_DOCUMENT_TOKEN_TO_BE_REPLACED

The words "food friendly" crop up on the blog all the time (as well as in many other examples of wine writing. What's most interesting about the term is that it's not really official winespeak — doesn't show up on a lot of wine tasting terminology lists, for example. But it's still an important way to describe wine.

That's because it's not a winespeak term. You won't see it, for example, on many reviews that include scores, which prefer to stick to their tried and true adjectives like cigar box and leathery. For them, food friendly isn't an accurate description of what the wine tastes like. It's an assessment of the quality of the wine, and they have scores for that.

Which is just fine with me. Food friendly wines complement what you're eating, and that is an important assessment to make. If the wine is going to overpower the food — think of an inky, 16 1/2 percent alcohol shiraz — you need to know it before you serve it with a piece of beef that cost an entire week's salary. In this, a food friendly wine is not the star of the meal, but the part that helps to bring out the flavor of the food.

Know, too, that a food friendly wine is versatile, and will pair with a variety of dishes. Think of pinot noir, which goes with salmon, lamb and chicken. The same holds true for red wines from France's Cote du Rhone, which is almost as versatile as pinot noir, or many sauvignon blancs.