The Wine Curmudgeon apologizes in advance for this post.

But I couldn’t help myself. It allowed me to use a groan-worthy headline and make a Monty Python reference, the Curmudgeon’s days don’t get much better than that.

Plus, given how the Internet works, how could I not post a viral puppy video?

The dog is Ralfi, a whippet and Jack Russell mix, reports Decanter, the British wine magazine (and where apparently no one had anything better to do, either). The video is courtesy of Jenny Eberhart via YouTube. 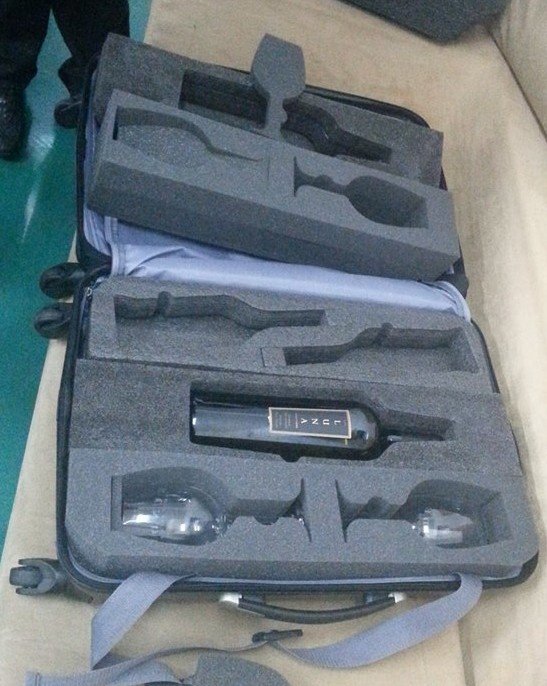 Regular visitors here know how little use the Wine Curmudgeon has for wine accessories, and especially those that cost $199.99. Nevertheless, there is something about Barry Wax’s VinGarde Valise that makes me want to buy it. Maybe it’s that the video calls Barry the “wine accessories maven.” Regardless, imagine all the $10 wine I could take with me when I fly. Or throw down the stairs without breaking.


And yes, those are real bottles of Chateau Petrus in the video, perhaps the world’s most expensive wine. Barry assured me, though, that they weren’t his. The video, regardless, is much fun: 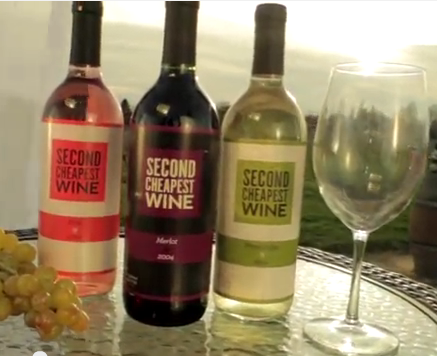 The Wine Curmudgeon has often lamented the quality of wine humor, but here is something that’s not only funny, but entirely too accurate. Consider just these two lines from a fake commercial for a product called Second Cheapest Wine: “You don’t know much about wine, but you do know that you shouldn’t get the cheapest. That’s why we make it easy for you to get the Second Cheapest.”

The bit takes on restaurants, wine snobs, wine education, and wine stores — and all in only 1:19. And with impressive production values. This is so good, in fact, that I should send the authors a copy of the cheap wine book.

So enjoy — Second Cheapest Wine, from CollegeHumor.com, via YouTube:


The video in this post was part of my appearance on Oct. 3 at a viticulture and enology class at Dallas’ El Centro College, which has one of the best culinary programs in the southwest. I offer wisdom on how to learn about wine, the idea behind cheap wine, and the joy of regional wine — all in less than eight minutes. I also managed to plug The Cheap Wine Book.

The class took 90 minutes, and at the end we tasted six Texas wines. The students were mostly pleased with what they tasted, though there was the usual disagreement that occurs at these sorts of events. One group would like a wine because it was fruity, while another wouldn’t like the same wine because it was fruity. This, as I always point out, is just one reason why wine is so much fun. One can argue and drink wine while arguing.

One other point worth noting: The students were fascinated by the idea of $3 wine, and we spent a fair amount of time discussing whether they were worth drinking. Many of them, as it turned out, were big fans of Aldi’s $3 wines.

El Centro College’s Alex Curran shot and edited the piece, and did a terrific job working with a very awkward Wine Curmudgeon. And did I really say I was one of the leading wine writers in the U.S.? Unfortunately, given when we did the video, he had to use the old website in the montages.

And why don’t I have a hat on? It was raining the day we shot the video, so I didn’t wear one. The legendary Gus Katsigris, who teaches the class and helped start the El Centro culinary program, was very disappointed with me. Gus served Texas wine at his Dallas restaurant in the late 1970s and is one of the true standup guys in the food business, so I should have worn a hat. What are a few water stains among friends?

Because, frankly, we sometimes take wine much too seriously. (Video courtesy of avguru10 via YouTube.)

A tip o’ the Curmudgeon’s fedora to Lynne Kleinpeter, for her stylish video work; Dolores Serroka, who found the mink; and Jody Jarrell, who provided the Santa suit.

What, you say, you already know how to do that? Don’t be so sure. And, for good measure, the Wine Curmudgeon throws in advice on holding the glass, smelling the wine, and even spitting it — just like the pros do. And check out those rockin’ hand gestures (plus, of course, my hat).