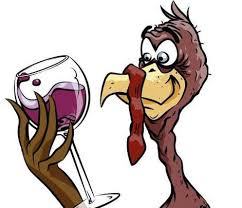 Don’t feel too thankful this year, what with all the damn terrible things that have happened? The Wine Curmudgeon understands, but wants to remind everyone: At least we’re here to enjoy the holiday. A lot of us are much worse off.

So take a look at these Thanksgiving wine 2020 suggestions. The blog’s guidelines for holiday wine buying are here.

• Louis Jadot Beaujolais 2019 ($12, purchased, 13%): This French red is about as old-fashioned as wine gets, and I can hear the wine geeks snickering in the background. But the 2019 is a little heavier than usual, which makes it more of a food wine and which isn’t a bad thing. Look for berry fruit, a hint of tannins, and even a little pepper, Imported by Kobrand

• Branchini Pignoletto Frizzante 2019 ($12, purchased, 11.5%): Frizzante, in this Italian white, means fizzy. And that means you get a Prosecco-style wine without any of the off-putting qualities of cheap Prosecco. That means it’s not only delightfully fizzy, but minerally,  with a hint of pear, maybe, and barely sweet. Highly recommended — much, much more than I thought it could be. A  tip of the WC’s fedora to Paul DiCarlo at Jimmy’s in Dallas for telling me about this. Imported by Serendipity Wines

• Calcu Sauvignon Blanc Reserva Especial 2019 ($12, sample, 12.5%): An intriguing and enjoyable white from Chile, with about 60 percent sauvignon blanc and 30 percent semillon. It’s not light like a supermarket New Zealand sauvignon blanc, and it needs food. But it’s quite Chilean in character (soft lemon instead of grapefruit) with a pleasantly long finish. Not for everyone, but a fine value. Imported by Global Vineyard Importers

• Mezzacorona Rose Vigneti delle Dolomiti 2019 ($10, purchased, 12%): An Italian pink that does what it does quite well and for more than a fair price. It’s soft-ish but not sweet — lots of berry fruit, with a hint of acidity and a pleasing, long fruity finish. Imported by Prestige Wine Imports 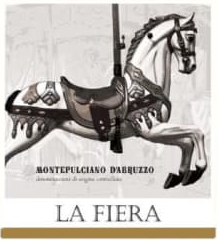 One of the most difficult things about parsing cheap wine is consistency. So much cheap wine is made to hit a certain price that quality can vary greatly from vintage to vintage. Hence, a wine that is terrific one year when grapes are cheap can taste like sugar water the next when grapes are more expensive.

Fortunately, that has never been a problem with the La Fiera Montepulciano d’Abruzzo, an Italian red. Year after year – and I’ve been tasting the wine almost as long as I’ve been doing the blog – it is worth its $10 price. It may differ a bit from vintage to vintage, softer or more acidic or whatever, but it is always somewhere around Hall of Fame quality.

In this, the 2018 La Fiera Montepulciano d’Abruzzo ($10, purchased, 13%) has more structure and more oomph this vintage. That means more grip from the tannins and and the acidity isn’t as restrained. But it’s still varietally correct, with lots of cherry fruit, and it’s still fresh and enjoyable. So break out the sausage ragu.

One other note: The wine averaged 83.5 points on CellarTracker, the blog’s unofficial wine inventory software. Sigh. When will these people ever learn? 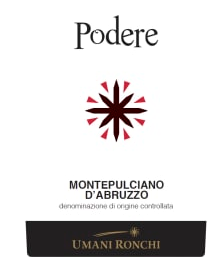 Wines like the Umani Ronchi Podere, a Montepulciano d’Abruzzo, fill the void for quality cheap wine brought on by the Trump wine tariff

Maybe it’s shopping different retailers during the pandemic. Maybe it’s retailers stocking more well-made cheap wine because of the pandemic. Regardless, the Wine Curmudgeon has been drinking even more Montepulicano d’Aruzzo than usual over the past six months.

Which is almost always a good thing. These Italian red wines, made with a lesser known grape (montepulicano) from a lesser known region (d’Aburzzo), are usually well made and terrific values. The Umani Ronchi Podere is no exception.

The Umani Ronchi Podere ($12, purchased, 13%) is classic Montepulicano d’Abruzzo. (The first two words are the producer and Podere is the name of the wine.)  That means tart cherry fruit, a minimal amount of tannins, and acidity in the back that says drink this with sausages and red sauce. And then maybe open another bottle.

This is wine for everyday drinking, something the Italians still send to the U.S. in vast quantities – and for which the WC remains quite grateful. The tariff has limited quality cheap Spanish wine, which I have depended on more and more over the years, but the Italians have more than picked up the slack. 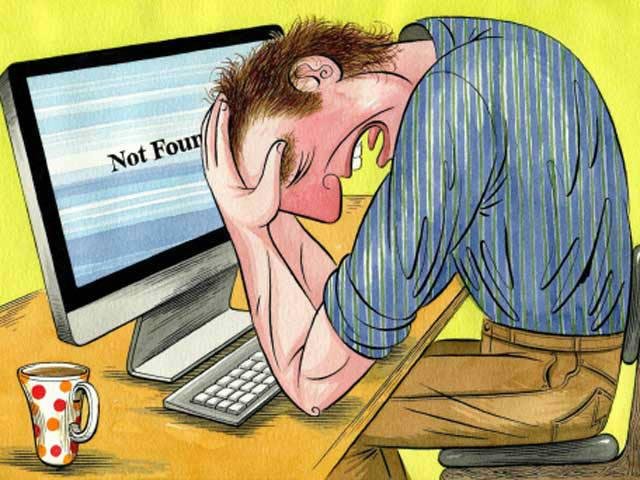 More bad news for cheap wine: Only the Falesco Vitiano red will be generally available

Italy’s Falesco Vitiano, one of the great cheap wines in the world, has cut its U.S. distribution. Only the red will be generally available; the white is being sold ”by special order” and the rose will no longer be sold in the U.S., according to a spokesman for the importer.

This is a shocking blow to those of us who care about cheap wine. The Vitiano has been in the $10 Hall of Fame since its inception, and the brand won the best cheap wine poll in 2013. Each wine is everything great cheap wine should be – in fact, what great wine at any price should be. That means varietally correct, terroir-driven, and interesting.

The winery didn’t respond to an email asking about the cuts. Reportedly, the brand was still selling some 200,000 cases a year, although not all of that was in the U.S. The spokesman for the importer, Winebow, e-mailed me that “the rosso (red) has been the driver of the Vitiano line.” Which, to the rest of us, seems to mean that the importer and producer didn’t think the white and rose sold enough to make it worth their trouble.

This is yet another blow to anyone who loves wine, but doesn’t want to pay $15 or $20 for focus group plonk aimed at aging baby boomers. The Cotarella brothers, whose family-owned company makes Vitiano, are winemaking legends. One of the great moments in my wine writing career came in 2008, when I interviewed Riccardo Cotarella and we talked about the need for great cheap wine.

One other thing to know: The current vintages are older than usual – the red is 2016 (and there seems to be a lot of 2015 available, too), and the white is 2018. I drank the 2016 red the other night, and it was still enjoyable, though starting to fray around the edges. I haven’t tasted the white since the 2015 vintage, which I had in 2016. I haven’t seen the white or rose in stores since, and now I know why.

Most Italian sparkling wine is Prosecco, which rarely costs more than $15, offers a bit of sweetness, and has decent bubbles. Franciacorta, which is made in the Champagne style and uses the same grapes, is much less common; Italian producers make 200 times more Prosecco than Franciacorta.

Hence, Franciacorta is pricey and not always easy to find. I got to taste the Bellavista Vendemmia Rose courtesy of the Italian Wine Guy, who apparently took pity on me for having to drink wine like this.

Still, the Bellavista Vendemmia Rose 2014 ($44. sample, 12.5%) is well worth the effort to find, and it’s certainly worth its mid-double digit price. It’s a nuanced, sophisticated sparkling wine, and much appreciated after all the stuff I’ve had to plow through the past six months in the pursuit of wine journalism. Look for some brioche aroma, lots of berry fruit (strawberry? raspberry?), those wonderfully tight bubbles that show top-notch Champagne-style wine, and a long, clean, and minerally finish.

Highly recommended. Drink this on its own, but it’s a terrific food wine – socca, anyone?

The pandemic has limited my ability to find terrific cheap Italian wine, since I don’t get to Jimmy’s, Dallas’ legendary Italian grocery, as often as I used to. Fortunately, I was able to find the Zirtari Sicilia Bianco white blend elsewhere; it has long been one of the world’s great cheap wine values.

And this vintage of the Feudo Zirtari Sicilia Bianco ($10, purchased, 13%) shows why that’s true. It’s made with a native Sicilian grape, insolia, and chardonnay, which leads to a whole greater than the sum of its parts. There’s some spice and a little green apple or pear fruit from the insolia, while the chardonnay fills up the background. This is kind of quality cheap wine I used to see a lot on store shelves, but that has slowly vanished. Not sure if it’s just more importer and distributor problems, or someone somewhere decided we’d rather buy $15 bottles of European wine designed by a focus group instead of $10 wine that tastes like it came from Europe.

Highly recommended. Chill this and drink it on its own (the spice is always a revelation) or pair it with grilled shrimp or chicken with lots of herbs. 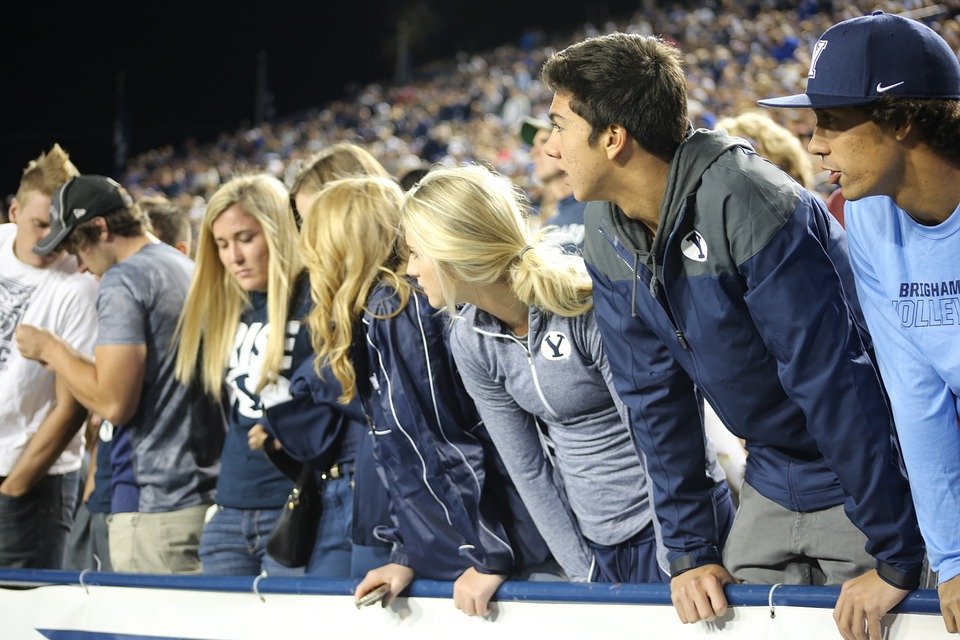 “Damn, look at that review. The WC is in a foul mood this month.”

Reviews of wines that don’t need their own post, but are worth noting for one reason or another. Look for it on the fourth Friday of each month. This month, four wines you probably don’t want to buy, because I’m really, really tired of tasting wine that is so unpleasant.

• Saint Cosme Côtes du Rhone 2019 ($15, purchased, 14.5%): This French red used to be one of the most dependable $15 wines in the world. But this vintage is almost undrinkable. That’s not because it’s flawed or off, but because it has been manipulated to taste like it comes from a second-tier producer in Paso Robles – lots of sweet fruit, not a lick of tannins, and this hideous violet candy smell. Imported by Winebow

• Avalon Pinot Noir 2018 ($11, sample, 13.5%): This California red is the sort of pinot noir people buy because it’s cheap, and not especially because it tastes like anything. Think grape juice flavored with fake vanilla oak, in case any of you enjoy that.

• Jadix Picpoul de Pinet 2019 ($12, purchased, 14.5%): This French white is heavy and hot, and not anything picpoul should be – fruity, tart, and refreshing. Why would anyone make picpoul like this? Imported by Aquitane Wine Company

• Montalto Pinot Grigio 2019 ($12, sample, 12%): Someone, somewhere thought that Americans would love sweet Italian pinot grigio, and this is the result. My question? Why — isn’t there enough dry pinot grigio in the world? Imported by Mack & Schuhle