The 750 ml bottle and cork – why is it still with us, and will we ever move past it?

Those are the two questions I look at in a free-lance article for the Spirited trade magazine. The answer to the first question is rooted in wine history, tradition, and even innovation. As wine marketer Paul Tincknell points out, the cork and bottle was cutting edge technology in the 17th century.

The answer to the second question, refreshingly, is yes — and perhaps sooner than we think.

Daniel Tripolitano, director strategy, innovation and insights, global marketing for Treasury Wine Estates, says a change is going to come. He isn’t quite sure when or what the change will be. But in an era when consumers are less enamored of romance and tradition and more concerned about convenience and sustainability, something different is almost inevitable.

Also worth noting: As baby boomers give way to younger wine drinkers, dinner becomes less important as an occasion. The bottle-and-cork isn’t as well suited to a picnic, boating, or day at the beach as is a can, box, or PET bottle. And what happens if you forget the corkscrew?

“That’s where the disruption is going to come,” says Tripolitano. “That’s the compelling proposition that’s going to drive [a change in packaging].”

And a tip o’ the Curmudgeon’s fedora to Spirited editor Alexandra Russell, who bought the story. She understands that trade magazine journalism doesn’t have to be dull and boring.

Watch this video, and you’ll understand how dangerous corks are

The Wine Curmudgeon will make no other comment on the following, other than this: “This young man would not have nearly blown up his kitchen if all wines had screwcaps.”

The complete story is here, via BuzzFeed. Lawrence Guo of San Leandro, Calif., wanted to open a bottle of rose, but his corkscrew broke. Disaster then ensued. He tried opening the bottle with a lighter, similar to a video he had seen on YouTube (and which we have detailed here).

When that didn’t work, he used the flame on a gas stove. The results were, in Guo’s words, disastrous – “we could have died,” he said. The bottle shattered, glass flew everywhere, and Guo and his friend were lucky to avoid injury.

He offers a lengthy explanation about what went wrong, quoting thermal shock, molecular vapor expansion, and vapor pressure. But we know the real reason.

“We tried everything we could to open it, but the cork wouldn’t budge,” Guo told Buzzfeed. “I would advise to wear some better protective gear covering vital body parts if this were to be replicated.”

None of which you need with a screwcap.

The Guzzle Buddy takes wine drinking to another level – or not, as the case may be

The Wine Curmudgeon can’t decide what’s most annoying about the Guzzle Buddy, a wine glass that screws into the top of a wine bottle. So, yes, one can drink directly out of the bottle. Because, of course, that’s always a tremendous amount of fun.

Is it the $25 price for what looks to be $2 or $3 worth of glass? Is it that the Guzzle Buddy made an appearance on the TV show “Cougar Town?” Or is it that the video (courtesy of Insider, via YouTube) describes one of its advantages as a wine aerator? Because, of course, if you’re going to drink wine out of the bottle, it’s important to aerate it first.

Because corks are 19th century technology, and I don’t use a hand crank to start my car, do I?

The Wine Curmudgeon stands corrected. How could I have ever been so wrong about corks, and especially given how how much the cyber-ether loves corks these days?

How could I not see that corks are “the bodyguard of wine, more than a closure?” Or that corks are essential “when it comes to opening a treasured bottle… . the time-honored custom of pulling that cork and savoring the perfume as it escapes from the bottle.”

It’s the 21st century; corks are 19th century technology. That they’re still used on 70 percent of all wine speaks to how out of touch the wine business is with the 21st century. After all, do we still use a hand crank to start a car? It’s certainly more romantic than a key – or even, heaven forbid, a push button.

Much of the current kissy face for corks is apparently the result of another PR offensive from the cork business (none of which, for some reason, ever seems to include me). We get these periodically, to remind us that we should appreciate a closure that fails as much as five percent of the time and that requires a special tool. Because, of course, that’s part of the romance.

This is usually the part of my cork posts when the cork aficionados in the audience get red in the face, mutter under their breath, and cancel their subscription to the blog. How dare he criticize corks? Doesn’t he understand screwcaps may be OK for the junk he drinks, but that real wine requires a cork?

We’ll ignore the real wine crack. I’m used to it after all these years. But the biggest fallacy about corks is that they’re the only closure that ages wine properly. Because, as this study shows, screwcaps can age wine, too. They just do it differently.

Which brings us to the point that every cork marketing push overlooks. And why not, since it shows how irrelevant corks are in the 21st century? Almost all of the wine the world drinks – most estimates are more than 90 percent – isn’t made to age. Most wine is made to drink for dinner that night. So the closure, as long as it keeps the wine fresh and from spilling out of the bottle, doesn’t matter at all. But do we use the easiest, most convenient closure? Of course not. We’d lose the romance.

How quaint: Let’s use a lighter to push open a wine cork

Those of you holding out, who still think wine must have a cork closure, should watch the entire 1:46 of this video to be reminded that wine corks are 19th century technology.

Yes, it’s a neat party trick. But that’s what people used to say about wearing a lampshade, and we don’t do that anymore, do we? And, sadly, I have encountered more than one bottle over the years where the cork was pushed up like that and no one took a lighter to it. That’s called sitting in a hot warehouse.

A wine closure, like any other food seal, should be easy to use and safe for both the product and the consumer. None of which, as the brave fellow here demonstrates, applies to corks. Only wine would make the product so complicated that it discourages people from buying it – and let’s not forget that the gadget used to open the wine can cost more than the wine itself.

In other words, when’s the last time you needed a corkscrew to open a bottle of ketchup? 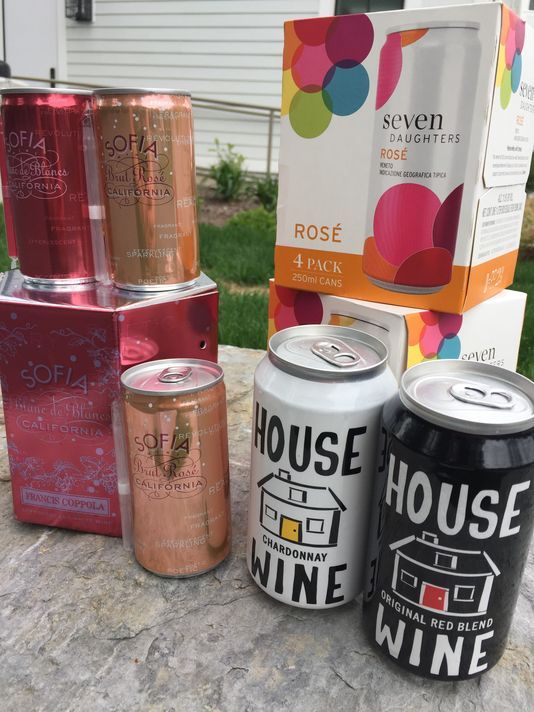 Probably not, but canned wine could find acceptance and a profitable niche — just like 3-liter boxes like Black and Bota

Canned wine is supposed to be the next big thing. Sales were up 52 percent last year and its growth far out-paced every other part of the wine business. To hear its supporters talk, we’ll all be sipping from cans soon – not just around the pool or at a picnic, but at the dinner table and in restaurants.

Which seems difficult to believe, and not just because I’ve tasted canned wine and found much of it lacking (and, truth be told, so have many of its supporters, but usually off the record). Rather, it’s because cans are such a small part of the market, about 0.2 percent according to Nielsen. How can cans take over the world starting from there?

So the Wine Curmudgeon looked for statistics and facts and talked to people who research that stuff. The full story will appear in the Beverage Media trade magazine in a month or so, and I’ll link to it here.

Until then, a few thoughts about cans:

• Consumers don’t think much of quality. A recent Mintel survey found that consumers see cans as significantly inferior to screwcap wine, and they’ve been bashing screwcaps for 20 years. Only 13 percent said wine in cans was as good as wine in bottles, compared to 23 percent for premium boxes (like Black and Bota) and 31 percent for screwcaps.

• Supporters say cans will help younger consumers switch to wine from beer and spirits. There doesn’t seem to be any evidence of this, says Christan Miller of Full Glass Research, who is one of the smartest people in his field. Yes, says Miller, younger consumers are more willing to try cans, but they already drink wine. They’re just not as stuffy as the Baby Boomers, who overwhelmingly prefer a bottle with some kind of cork.

• Speaking of which, the traditional glass bottle closed with some kind of cork is still about 75 percent of the market. That’s an amazing figure, given how long we’ve had screwcaps and quality wine in boxes.

Miller says – and his argument makes sense – that he doesn’t think “cans are going to be a large category, but I think they will be a permanent one.” In this, he expects cans to eventually become as popular as 3-liter boxes like Black and Bota. They have about three percent of the market, according to Nielsen.

So no, not the next big thing. But a profitable one for producers who understand the niche.

More on canned wine:
• Wine in a can
• The future of wine packaging