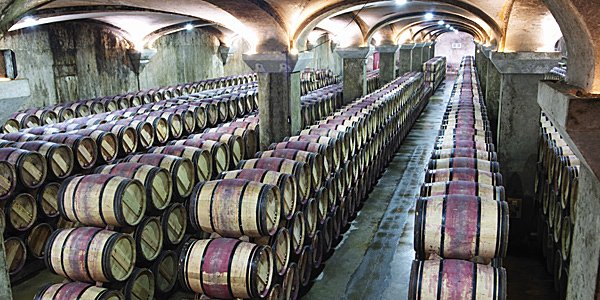 The Wine Curmudgeon grew up when French wine ruled the world, and I have watched with sadness as the French — and especially in Bordeaux — have done everything they can to teach the world to ignore French wine. It’s not just that so much Bordeaux is overpriced and underwhelming, but that the Bordelais are in such denial about it. We just need a new marketing company!

That’s why I was so excited last week, during a Bordeaux tasting in Dallas organized by the Spec’s retail chain, to find a handful of $15 to $20 wines that were worth buying. Granted, that’s still more than I wish they cost, and those at the $20 end were pushing the price/value barrier, but it’s a start. That’s because the couple of times I mentioned price to producers at the event, they looked at me as if I was crazy. They truly don’t understand that they have priced themselves out of the reach of almost all U.S. wine drinkers, and I guess no one noticed that only 9 of the 60 or wines at the tasting cost less than $30.

The best affordable wine at the event, and perhaps the best under $20 red Bordeaux I have tasted in years, was the 2011 Chateau Ampelia ($17, sample, 13.5%), made by from the seventh generation Despagne winemaking family. It’s a blend of 95 percent merlot and five percent cabernet franc, and tastes not only like it’s worth that much money, but is honest in its approach. That means it doesn’t tart up the fruit to appeal to U.S. drinkers, so that the merlot tastes like merlot, the cabernet franc adds a little heft, and it’s not a too fruity malbec. Look for red fruit, a bit of spice, and a wine that will age for a couple of more years. Highly recommended.

Also worth trying: the Chateau Croix Mouton ($17, sample, 13.5%), not quite as impressive as the Ampelia, but with ripe fruit and French style; and the Chateau Puygueraud ($20, sample, 14%), an old standby with fresh fruit and an almost herbal aroma — would that it cost a couple of bucks less.

Finally, to be fair, the quality of almost all the wines was tremendous, Bordeaux as it should be — incredible fruit, top-notch winemaking, and everything that is wonderful about French wine. The 2011 Chateau Clinet was earthy, peppery, deep, and full, all I could have hoped for. That it costs $90 was the only problem.

5 thoughts on “Can it be? Was that affordable red Bordeaux I tasted?”