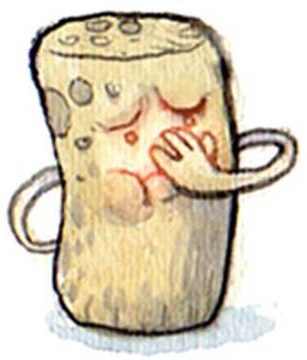 The Wine Curmudgeon, ever vigilant in the cause of price, value, and quality, must sound a skulduggery alert about wine vintages. How serious is this? The headline to this post has an exclamation point, which I use only on the rarest occasions.

But this wine vintages alert deserves an exclamation point. Too many retailers, and especially grocery stores, have shelves stocked with cleverly named and cutely labeled wine, costing as much as $20, that are four, five, and even six years old. These wines were not made to age; even if they were, they haven’t been stored in ideal cellar conditions, but in warehouses and back rooms with minimal, if any air conditioning. And they’ve been driven around on trucks between these warehouses and back rooms, passed from distributor to retailer to distributor to retailer, in less than ideal cellar conditions, too.

It’s worth repeating – almost all of the wine made in the world today is not made to age, and almost everything we buy will go off in two or three years, whether it has oxidized, turned to vinegar, or has had something else ruin it. This is chemistry, and will happen no matter what the sales person says with his or her reassuring smile. (Not that I’ve ever had that happen to me.)

The rule of thumb: Don’t buy a rose older than a year old, a white older than two, and a red older than three. Check the winery’s website to see what the current vintage is, and if what you see on the shelf isn’t that close to the current vintage, you’re risking buying spoiled wine. Yes, there may be a tremendous discount, but all that means is that you spent less on something that you don’t want to drink.

That these older wines are still being sold speaks to retailer cynicism and to the vague idea consumers have that older wine is always better, and that too many retailers believe that what consumers don’t know won’t hurt them.