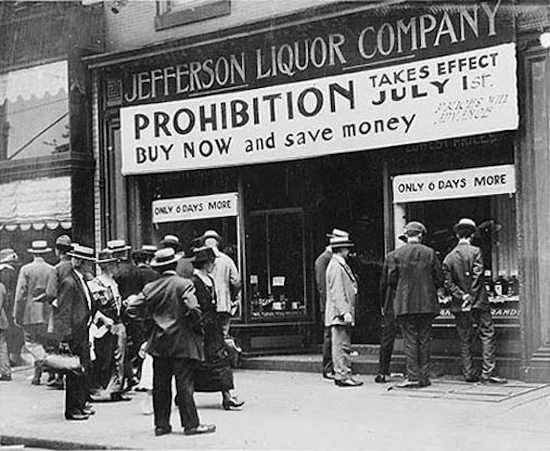 Are the neo-Prohibitionists winning the debate about drinking? New data, including a study about world alcohol consumption, shows fewer of us are drinking. Does this mean more people believe their argument that all booze is evil?

In addition, reported IWSR, “Low- and no-alcohol brands are showing significant growth in key markets as consumers increasingly seek better-for-you products, and explore ways to reduce their alcohol intake.” Growth of no-alcohol wine is forecast at 13.5 percent, with low-alcohol wine at 5.6 percent. Those are impressive numbers to begin with, even acknowledging the small base, and it’s even more impressive given how few no- and low-alcohol wine products exist today.

Meanwhile, Australians – usually regarded as some of the world’s great drinkers – have cut their alcohol consumption significantly since 2014. No one was more surprised than the CEO of the research institute that did the study, who noted that booze is seen as having “a central role” in Australian life. But no more?

What’s going on here? Know that the IWSR study includes a variety of caveats about why consumption declined, and that it expects drinking to return to growth over the next several years. But when the study identifies Ethiopia as one of the top 10 growth markets in the world, something is much different than we’re used to.

In this, it’s almost certainly the idea that any kind of drinking is bad for us. The IWSR study hints at this, with the growth in no- and low-alcohol products, but so does something else. In the U.S. we’ve always faced a religious backlash against drinking, and it’s the main reason why so much of the country was dry until the 1990s.

But that backlash seems to have ended. A May 2019 Gallup poll found that 79 percent of Americans found drinking morally acceptable; only 19 percent said it was a sin. That makes booze as acceptable as divorce and more acceptable than non-marital sex, says Gallup.

So if more of us are drinking less, and that seems to be the case, then the neo-Prohibitionists’ scare tactics seem to be working. Hopefully, the wine business will eventually take notice and offer a compelling argument in favor of moderation. Its current hear no evil, see no evil, premiumization is the answer to everything policy might work in the short run, but doesn’t offer much for the future of wine drinking in the U.S.

More about the neo-Prohibitionists and drinking:
• Health alert: Does the CDC know how dangerous Starbucks’ pumpkin spice latte is?
• Cigarettes, wine, and cancer
• The federal government’s three drink limit