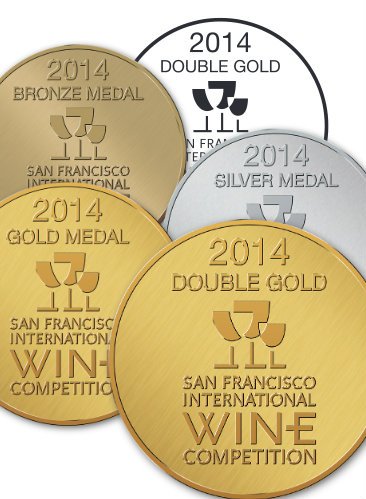 These wines, which were gold or double gold winners at this year’s San Francisco International Wine Competition, show the strengths and weaknesses of wine competitions. It’s not that the wines are bad or didn’t deserve the medals they got, but that the results speak to the perspective that the judges bring. In this case, three-quarters of the judges were from California, and many of the wines I tasted showed that perspective — pricey, fruity, and oaky, with lots of alcohol. How about a 15.1 percent tannat?

It’s this perspective that is overlooked when we debate the merits of wine competitions. How can a wine — technically well-made and delicious — do well if the judges don’t appreciate its style? The biggest problem I have when judging is being fair to the kinds of wines like those that won at the San Francisco competition. I find them difficult to enjoy and so mark them down. But at least I know I do this and make an effort. Hopefully, this idea of perspective is something that competition organizers take into account when they select judges.

Having said this, I tasted some terrific wines when the San Francisco wine competition did its Dallas road show last week (and the tannat, if not to my taste, was a wonder of winemaking skill). Check them out after the jump:

? Riondo Prosecco Spago Nero NV ($12, sample, 10.5%): The biggest Prosecco producers always seem to do well at competitions; for whatever reason, making millions of cases doesn’t seem to affect quality the way it does with some still wines. This gold-medal Italian bubbly is frizzier and more complex than many proseccos, not as sweet, and has orange and lime fruit.

? Sileni Estates The Straits Sauvignon Blanc 2013 ($16, sample, 13%): New Zealand white was named sauvignon blanc of the competition, and shows a tropical middle balanced by crispness on the back and reasonably restrained citrus (lime?) on the front. More sophisticated than many at its price, and a fine value.

? Babich Pinot Noir 2013 ($20, sample, 13.5%): This red was my favorite of the tasting. Tasted like point noir, for one thing, earthy and spicy with refined tannins and cherry fruit. I’ve rarely had a New Zealand pinot noir that was this well made despite years of trying.

? Balcon Canario Tacoronte Acentejo 2013 ($11, sample, 13%): This double-gold red blend from the Canary Islands will be almost impossible to find in the U.S., which is a shame. It’s cheap wine as cheap wine should be — earthy and zesty with just enough red fruit.

? Petr Vacenovsky B/V Riesling 2013 ($17, sample, 10%): This Czech wine was named best white and best riesling, a surprising choice given how different it is from so many of the others. It’s off-dry, but the sweetness is barely noticeable among the lemon fruit and a sort of pleasant oiliness. Very well done and terroir-driven. And this wine will be impossible to find. Winemaker David Piskor said there were only about 400 cases made, and there is no U.S. distribution.

? Maryhill Winery Syrah 2011 ($17, sample, 14.2%): This double-gold red is why Washington state is so well-known for syrah. Rich, with an almost bacon fat aroma, dark cherry fruit, spice and earth and still very fresh.