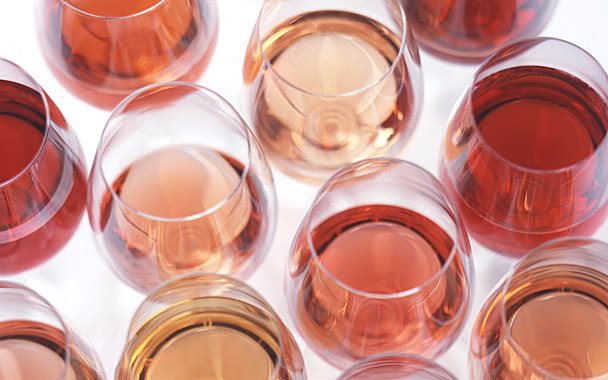 The 2018 rose season doesn’t start for another month or so, but I’ve already been inundated with pink wine. How does almost four cases of samples sound? Or the 25 percent off sale at a Dallas retailer earlier this month? Or more roses on store shelves than I have ever seen, including a number of southern hemisphere wines? I’ve tasted at least 60 roses since the beginning of the year, and it’s only the middle of April.

Best yet, the quality has been exceptional. I’ll have the details and lots of reviews at the end of May for the blog’s annual rose-fest. Until then, know that:

• I haven’t tasted a badly made wine yet. Some weren’t quite worth what they cost, but there is always wine like that. The Provencal Bieler Sabine ($10) and the Washington state Charles & Charles ($10) are up to their usual high standards, while the Angels & Cowboys ($15) is as good as the exceptional 2015 vintage. Even the oft-maligned La Vielle Ferme rose ($7), with the rooster on the label, was brighter and fresher, much more enjoyable than usual.

• The bad news: Prices are through the roof, as producers try to cash in on premiumization. Most of the usual $10 and $12 wines are still that price, but the market is being flooded with roses from $15 to as much as $30. Frankly, there’s just no need to pay $30 for quality rose. In addition, many of the $15 to $18 wines would be priced much lower if rose wasn’t so trendy.

• The other bad news: Distributors and producers are cleaning out their back rooms to take advantage of rose’s popularity, and I’ve seen lots and lots of old rose on store shelves – even a couple dating to 2013. Yes, five-year-old rose — a recipe for vinegar, not wine. Remember, unless you know the producer, don’t buy rose more than two years from the harvest – this season, that means nothing before 2015. Too old roses are almost always faded, funky, and a waste of money.

One thought on “2018 rose season preview: Pink wine is everywhere, and it’s only April”