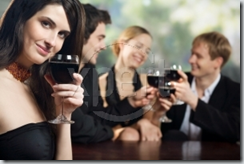 The news is not good for those of us who love cheap wine. There was a lot less of it worth drinking in 2007, and the ranks of the $10 Wine Hall of Fame have been reduced as we celebrate the sixth annual Cheap Wine extravaganza. (The 2007 Hall is here.)

? Osborne Solaz, Spanish reds and a white. Look for the cabernet-tempranillo and shiraz-tempranillo reds (though the cab was a bit below its usual standard this year), a white made with a grape called viura. There is also a rose, but I have yet to find it in the Dallas area.