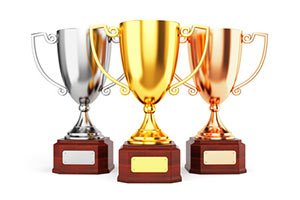 8 wines entered the $10 Hall of Fame 2019, but a variety of long-time standbys weren’t good enough this year

No sense in mincing words — this is the worst year for the Hall of Fame in its history. Four cheap wine standbys that have been part of the Hall since it started in a Dallas magazine around the turn of the century weren’t good enough to stay in the $10 Hall of Fame 2019. And that doesn’t include the four wines that dropped out for price increases or availability.

In addition, only eight wines were added to the 13th annual edition of the Hall. That isn’t the least ever, but I don’t expect three of  them to return in 2020. When I tasted those wines in 2018, I was afraid they would be one-offs given the way the wine business treats quality $10 wine these days — someone will dumb down the formula, increase the price, or reduce availability.

Perhaps nothing illustrates how bad things have become than the inclusion of New Zealand’s Matua pinot noir and sauvignon blanc in the Hall. This is not damning with faint praise; the wines are terrific and deserve the honor. Rather, these are Big Wine products (from Australia’s Treasury Wine Estates) that were better made and more honest than wine from producers who can do better.

• Banfi’s Centine red and white wines, which join the company’s CollePino wines. The Centine red “tastes like sangiovese from the Tuscan region of Italy, and not a winemaking-driven product from a marketing company focus group trying to figure out how to make a sort of sweet and very smooth Italian wine.”

• Two Sicilian white wines — the Feudo Zirtari and the Stemmari grillo — to join the Lamura Sicilian wines. These two recall a time when Sicily produced some of the world’s great cheap wine.

• The Matuas. A wine judge friend of wine says the sauvignon blanc puts $20 New Zealand sauvignon blancs to shame, while the pinot is “a stunner. … with zingy berry fruit, an almost silky mouth feel, and a clean and refreshing finish.”

• The La Vielle Ferme rose, one of the biggest surprises of my wine writing career. That a huge French producer of indifferent wines could turn out something of this quality both amazed and pleased me. I’ve been buying it in bulk for the past nine months.

• California’s Ryder Estate sauvingon blanc, “This is California wine at its best. … not tarted up with sweet grape juice, flavored with fake oak, or a New Zealand sauvignon blanc knockoff.” Availability may be limited, but I wanted to reward a producer for doing the right thing.

• Most of the red wines from California’s Bogle Vineyards, save the pinot noir, go on Hall of Fame watch; that is, I’m willing to be wrong, but I don’t think I am. Their decline in quality — added sugar, for one thing  — was as surprising as it was depressing.

• Two more Hall of Fame standbys, which also go on watch. They’re the cavas, or Spanish sparkling wines, from Segura Viudas and Cristalino, both of which now taste more like Prosecco — soft and almost sweetish — than they do cava.

• The Bodegas Muga Rioja Rosado, a Spanish rose, that now costs as much as $17 and tastes nowhere near what it used to taste like  when it cost $10.

• Dry Creek’s fume blanc, a long-time member of the Hall that was almost undrinkable — bitter, with little sauvignon blanc character. I was so surprised that I bought two bottles of the California white, each from different retailers, and both were dreadful.  The winery’s dry chenin blanc goes on Hall of Fame watch.

• The Gascon Musketeers, white blends from southwestern France, also on Hall of Fame watch. First, Domaine du Tariquet — one of the greatest cheap wines ever — lost its U.S. importer. Meanwhile, most of the others changed their approach, making more tart and less pleasant wines instead of the round, white grape-flavored style that made them so enjoyable.

The Hall of Fame 2019 holdovers

• The Monte Antico Toscana, an Italian red blend, combines value and quality in a way too many cheap wines don’t bother with any more. It tastes Italian, but it’s not old-fashioned or full of winemaking gimmicks.

• An Italian white, Umani Ronchi Villa Bianchi: “professionally made but also terroir driven and representative of its time and place.”

• Vassal de Mercuès, a red wine from the Cahors region of France, is made with malbec and about as different from the grocery store Argentine version as possible.

• Tempranillo from Spain’s Rioja region remains a great value, and the LAN Crianza is one of the best of those values – earthy, peppery, and a hint of orange peel.

• The French Chateau Haut Beaumond is the rarest of breeds – a white Bordeaux that is cheap, well made, and refreshing.

• The McManis California wines, all of which are worth drinking and some of which, like the merlot, are stunning.

• The Scaia glass closure white blend and rose, Italian wines that remind me of the greatness of $10 wine.

• Straccali Chianti, an Italian red that is so well-made that it “embarrasses all those $15 grocery store red Italians with their cute names and shiny labels.”

• Argento malbec, an Argentine red wine that made me reconsider how much I dislike malbec. Sadly, this is what’s left of what used to be wonderful values from South America.

• The Lamura Sicilian wines, just some of the dozen or Sicilian wines that cost $10 or less and offer spectacular value. You can find them by clicking the cheap wine tab at the top of the page or doing a search for “Sicilian” in the box to the right under the wine categories heading.

• Moulin de Gassac Guilhem, a French white made with odd grapes from a producer much better know for expensive wine.

• The Line 39  California sauvignon blanc, which “does something too many Big Wines don’t — offer more than the one flavor that dominates everything else.”

• Chateau Bonnet blanc, rouge, and rose, maybe the last great cheap Bordeaux: “always varietally correct, impeccably made, an outstanding value, and cheap and delicious.” I can still find them for $10 and $12 in Dallas, but it is getting more difficult in other parts of the country..

• Banfi CollePino, in which Big Wine does it right – an Italian red made with sangiovese “with the telltale tart cherry fruit, a certain freshness, and soft tannins.”

• The La Fiera pinot grigio: “Quite possibly the perfect pinot grigio — a little lemon fruit and a restrained, quinine-like finish, three flavors, and not overdone in any way.”

• The Spanish Ludovicus white and Zestos red, white, and rose, the Flaco tempranillo and the Gordo red blend, as well as the Cortijo rose, brought into the U.S. by Patrick Mata’s Ole Imports. If you see Ole on a label, buy the wine.

• The sauvignon blanc and chardonnay from California’s Bogle Vineyards.

• The Hall’s rose wing: Villa des Anges, an astounding French pink; Yalumba Y Series from Australia; Farnese, from Italy; the Provencal Pierre Rougon, complete with garrigue; the odd and intriguing Italian Li Veli, made with the negroamaro grape: the Spanish Riscal; the Bieler Sabine, the 2018 Cheap Wine of the Year; and the Charles & Charles from Washington state.

• Assorted Spanish cavas, or sparkling wines (though they may cost as much as $15 in some parts of the country): Dibon, which Robert Parker liked as much as I did; Casteller, “tight bubbles and tart, sweet lemon fruit;” and Perelada, brut and rose, “impossibly well done for the price;” and the Naveran.

• The Hall’s Asterisk Wing — for the Vitiano red, white, and rose made by the great Riccardo Cotarella. These Italian wines are sometimes $10 and sometimes $15, and it’s kind of silly to keep moving them in and out of the Hall because the dollar fluctuates against the euro or because retailers are playing with margin.